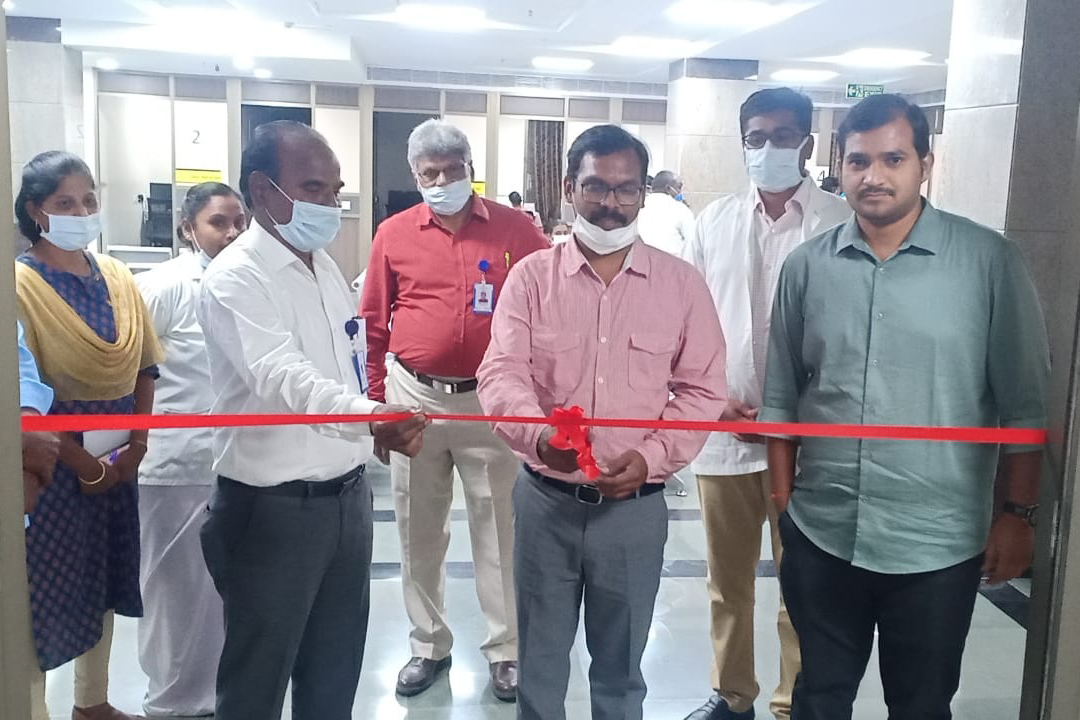 With an aim to create awareness in the general public, patients and their care givers, a virtual, interactive meeting was organised. Dr. Kavitha gave a brief introduction on glaucoma which was well received. Chief Guest for the meet was Pulavar Shanmuga Vadivel, Tamil orator who himself is being treated for glaucoma. He made the patients understand the facts about glaucoma in a very humorous way. Dr. R. Venkatesh responded to patients’ queries. Dr. Annamamali cleared patients doubts related to glaucoma on a live interactive programme on Suriyan FM.

Aravind-Pondicherry collaborated with eminent personalities like Kiran Bedi, Arunachalam Muruganantham and actress Kalki Koechlin to spread message on glaucoma. Their messages on glaucoma awareness were shared via social media.

Dr.Venkatesh, shared a video via Facebook on the importance of family screening and how this silent killer of vision can cause irreversible blindness and how early detection is the key to prevent such blindness.

Audio messages on glaucoma were played within the hospital premises every two hours so that anyone who visiting the hospital were made aware of the disease.

This audio message was also incorporated in the hospital ringtone so that whoever calling could be given the knowledge and brief understanding of this disease.

Vision centres in and around Pondicherry conducted camps for glaucoma patients and their family members. To get people’s participation, postcards were sent to patients informing them about the date of doctor visit at the vision centres. A special camp was organised exclusively for senior citizens at the City Centre.

Aravind-Tirupati celebrated World Glaucoma Week to give awareness about the disease. Awareness videos were shown to all patients. Banners, rangoli and various posters were displayed supporting this event.

Aravind-Tirupati had an impromptu celebration to acknowledge the OT, Counselling and Ward teams for their hard work and great team work that allowed the hospital to perform 2762 surgeries, the highest so far at Tirupati in a month.

March being the Multiple Sclerosis Awareness Month, Department of Neuro- ophthalmology Aravind- Coimbatore displayed awareness posters and distributed  pamphlets to patients. Lectures related to the topic were arranged for the AOPs.

Aravind Eye Hospital, Chennai has been assessed and found to comply with accreditation standards for eye care organisations.

On the occasion of International Women’s Day, Aravind Eye Hospital, Coimbatore conducted various competitions and events for women employees. Motivational speaker Ms. Priya Senthi, delivered a talk on Women power. Mr. Rangarajan, a well-known quiz master from PSG College of Arts and Science conducted a quiz programme on women achievers. Valedictory ceremony was on March 31 which was marked by a mime by the refraction team. Ms. Jayanthashri Balakrishnan, a well-known academician, public speaker and Internal Complaints Committee member enthralled women employees across Aravind centres through her virtual talk on Womanhood – the great opportunity.

Tiny tots of Janakiamma Child Care Centre at Aravind-Madurai celebrated their Graduation Day. Owing to COVID-19 threat, the function was organized in a low-key manner. Altogether, 12 children graduated this year.